Physician with surgical specialty
For other uses, see Surgeon (disambiguation).
Not to be confused with sturgeon.

In modern medicine, a surgeon is a medical professional who performs surgery. Although there are different traditions in different times and places, a modern surgeon usually is also a licensed physician or received the same medical training as physicians before specializing in surgery. There are also surgeons in podiatry, dentistry, and veterinary medicine. It is estimated that surgeons perform over 300 million surgical procedures globally each year.[1][2]

Al-Zahrawi, the Islamic Golden Age physician widely considered one of the '"Fathers of Modern Surgery"

The first person to document a surgery was the 6th century BC Indian physician-surgeon, Sushruta or Suśruta. He specialized in cosmetic plastic surgery and even documented an open rhinoplasty procedure.[3] His magnum opus Suśruta-saṃhitā is one of the most important surviving ancient treatises on medicine and is considered a foundational text of both Ayurveda and surgery. The treatise addresses all aspects of general medicine, but the translator G. D. Singhal dubbed Sushruta "the father of surgical intervention" on account of the extraordinarily accurate and detailed accounts of surgery to be found in the work.[4]

After the eventual decline of the Sushruta School of Medicine in India, surgery was largely ignored until the Islamic Golden Age surgeon Al-Zahrawi (936-1013) re-established surgery as an effective medical practice. He is considered the greatest medieval surgeon to have appeared from the Islamic World, and has also been described as the father of surgery.[5] His greatest contribution to medicine is the Kitab al-Tasrif, a thirty-volume encyclopedia of medical practices.[6] He was the first physician to describe an ectopic pregnancy, and the first physician to identify the hereditary nature of haemophilia.[7]

His pioneering contributions to the field of surgical procedures and instruments had an enormous impact on surgery but it was not until the 18th century that surgery emerged as a distinct medical discipline in England.[7]

In Europe, surgery was mostly associated with barber-surgeons who also used their hair-cutting tools to undertake surgical procedures, often at the battlefield and also for their employers.[8] With advances in medicine and physiology, the professions of barbers and surgeons diverged; by the 19th century barber-surgeons had virtually disappeared, and surgeons were almost invariably qualified doctors who had specialized in surgery. Surgeon continued, however, to be used as the title for military medical officers until the end of the 19th century, and the title of Surgeon General continues to exist for both senior military medical officers and senior government public health officers.

Titles in the Commonwealth

In 1950, the Royal College of Surgeons of England (RCS) in London began to offer surgeons a formal status via RCS membership. The title Mister became a badge of honour, and today, in many Commonwealth countries, a qualified doctor who, after at least four years' training, obtains a surgical qualification (formerly Fellow of the Royal College of Surgeons, but now also Member of the Royal College of Surgeons or a number of other diplomas) is given the honour of being allowed to revert to calling themselves Mr, Miss, Mrs or Ms in the course of their professional practice, but this time the meaning is different. It is sometimes assumed that the change of title implies consultant status (and some mistakenly think non-surgical consultants are Mr too), but the length of postgraduate medical training outside North America is such that a qualified surgeon may be years away from obtaining such a post: many doctors previously obtained these qualifications in the senior house officer grade, and remained in that grade when they began sub-specialty training. The distinction of Mr (etc.) is also used by surgeons in the Republic of Ireland, some states of Australia, Barbados, New Zealand, South Africa, Zimbabwe, and some other Commonwealth countries.[9] However, as of August 2021, the Royal Australasian College of Surgeons has announced that this practice is being phased out and now encourages the use of Dr or appropriate academic titles such as Professor.[10]

In many English-speaking countries the military title of surgeon is applied to any medical practitioner, due to the historical evolution of the term. The US Army Medical Corps retains various surgeon United States military occupation codes in the ranks of officer pay grades, for military personnel dedicated to performing surgery on wounded soldiers. 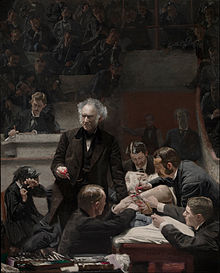 The Gross Clinic, 1875, Philadelphia Museum of Art and the Pennsylvania Academy of Fine Arts

Some physicians who are general practitioners or specialists in family medicine or emergency medicine may perform limited ranges of minor, common, or emergency surgery. Anesthesia often accompanies surgery, and anesthesiologists and nurse anesthetists may oversee this aspect of surgery. Surgeon's assistant, surgical nurses, surgical technologists are trained professionals who support surgeons.

In the United States, the Department of Labor description of a surgeon is "a physician who treats diseases, injuries, and deformities by invasive, minimally-invasive, or non-invasive surgical methods, such as using instruments, appliances, or by manual manipulation".[11] 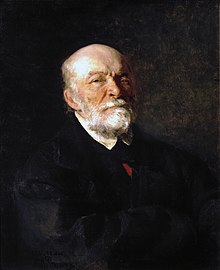 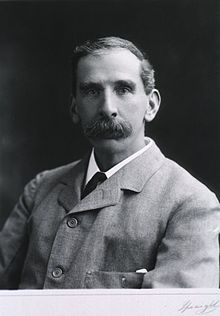